A lens has two focal points, one either side of the lens. The focal length f is the distance between the lens and the focal point. f is
positive for a converging lens
negative for a diverging lens.

The thin-lens equation relates the object distance and the image distance with the focal length: Similarly the lateral magnification of the image is given by; The image formed by a converging lens depends on the position of the object.
The image is described as being
real or virtual
erect or inverted
magnified or diminished 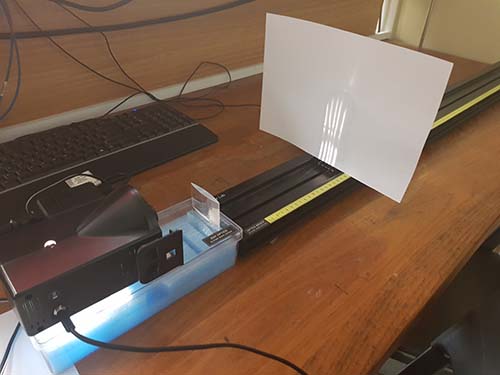 Experimental setup, showing the object, the lens, and the image screen.

The image screen, showing an in/out of focus image


To focus the image to determine the focal length,
click increase ... length button until image is in focus.