In the explore section, you measured the width of a single copper wire using a laser of known wavelength. The light emitted underwent diffraction and then interfered creating a diffraction pattern or light intensity profile. Key features that should have stood out are:

Below we will try to explain what would happen to the experimental set-up if a different values we were given were changed. 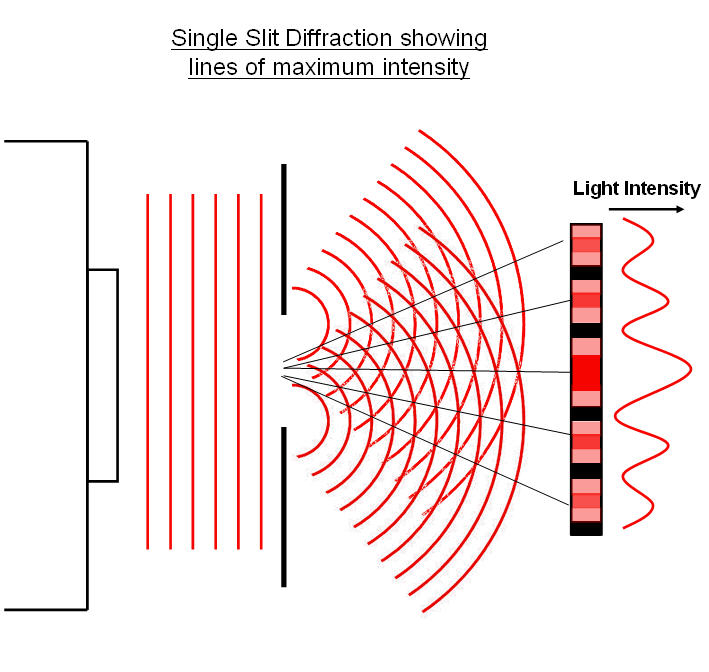 Constructive interference is what occurs when the largest result possible is obtained. The waves are “in-phase” or they match up perfectly.

These two waves then add together giving a light wave of larger amplitude than either of the two waves separately. This larger wave is what we interpret as a peak on our light intensity profile.

Destructive interference is what occurs when the smallest possible result is obtained. The waves are “out of phase” or they are completely opposite.

These two waves add together much like before, in this case though since the waves are completely opposite we expect to see a result of nothing or darkness. This smaller wave or no wave is what is interpreted as a trough.

The resultant wave isn’t the maximum or minimum possible yet it is somewhere in the middle. This is the form of interference that takes place between your observed peaks and troughs.