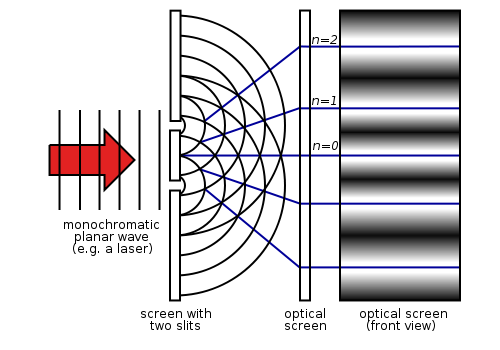 The double path refers to a wavefront being split into two separate wave sources, changes in the waves propagation distances lead to different phase shifts in the two waves. When the waves later recombine an interference pattern is observed due to constructive and destructive interference.

In this case each side of the wire being used is considered to be its own slit, giving us a similar set-up to that of the original Young’s double slit experiment