Understanding how laser hair diffraction works and changes under different conditions allows us to measure samples of even smaller size using sources that you wouldn’t normally think of using.

The Young’s double slit experiment originally used a light source. The experiment was repeated using a light source of low intensity, which allowed for a single wave to in transit through the set-up at a time. These singular waves were then referred to as particles, so singular particles or electrons were in transit through the experimental set-up. The experiment was left for several weeks so the resultant pattern could be up. The results show a similar pattern to the original Young’s double slit experiment.

A further explanation of how this process takes place is describe in the video below:

Under certain conditions electron sources in place of a light source due to the wave-particle duality shown through the variations of the Young’s double slit experiment.

OTHER APPLICATIONS OF LASER DIFFRACTION

The laser hair diffraction experiment showed how to determine the width of a single wire, which can be applied different forms of string. The same experiment can be used for crystal samples where instead of single strand being used the sample is an atomic lattice structure. 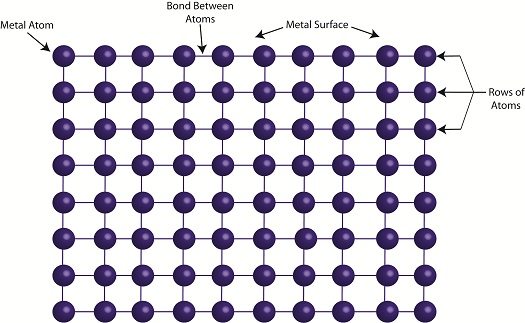 The samples are different and using the same approach as was used with laser hair diffraction. The results recorded are extremely different to what has been originally seen with a different analysis and similar equations information can be discovered about the atomic lattice structure or a crystal sample and even the spacing between certain atoms can be determined.