Radioactivity was discovered over 100 years ago by Marie Curie and her husband Pierre, who found that something was being emitted by certain materials; a new kind of energy! Their discoveries created a huge amount of excitement at the time as it was believed that such a powerful new source of energy must be very beneficial. Marie Curie was the first woman to win a Nobel Prize for discovering radioactivity in 1903.

“One of our joys was to go into our workroom at night … It was really a lovely sight and one always new to us. The glowing tubes looked like faint, fairy lights.” – Marie Curie

A picture of the happy couple.

Radioactivity has many beneficial uses. Please click on the links below to learn more about how radioactivity benefits society 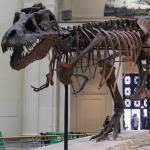 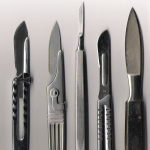 This is the radura symbol indicating a food has been irradiated to gid rid of microorganisms, and so make it safer to eat 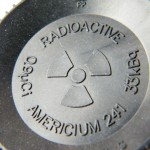 For a long time, people didn’t understand the potential risks associated with radioactivity.

For example, in 1903 Pierre Curie tied a chunk of radium (a highly radioactive material) to his arm for 10 hours. After seeing the severe burns left behind he decided that he had discovered a cure for cancer when all he had done was severely damage his skin.

However, when handled correctly, radioactivity can be used safely and is quite useful.

For some time after Marie Curie’s discovery, a range of dangerous and ridiculous radioactive products were sold to the public – everything from “re-invigorating” Radium water to toothpaste that had Thorium in it; both of which are highly radioactive. The scary thing was that since people didn’t know how dangerous they were, companies claimed that using them would make you healthier when in reality they were dangerous and could cause cancer.

Picture of Radium Drinking solution and radioactive toothpaste- products that contained radium from 1910-1950.

Over time people learned that radioactive materials can be very dangerous and there are many examples of people mis-using radioactive material with terrible consequences. When they are handled correctly, however, we can protect ourselves against their harmful radiation and they can be quite useful.